The SEABOB F5 S is the ultimate high-performance craft. Weighing just 35 kg, the vehicle handles extremely well out of the water. Its driving performance is second to none. The SEABOB F5 S boasts an impressive propulsive force of 680 Newtons. The E-Jet Power System is controlled in 6 power levels. These gears allow you to glide along at a relaxed pace in a low gear or, for more ambitious high-speed driving, switch up to 6th gear. The craft has a highly sporty character and stands out in terms of its extraordinary dynamism. Its sporty appearance is emphasized by chrome design elements. The SEABOB F5 S is at home on the sea. Its high degree of maneuverability also makes it ideally suited for use in larger pool complexes.

The SEABOB-jet’s dynamics unfold underwater.  It propels and winds through a fascinating underwater world, easily steered with the lightest of pressure.

Dive depths of up to 40 meters can be individually programmed via onboard electronics. A safety shutdown reliably prevents falling below the selected depth.

Thanks to its electro-technology, the system is absolutely environmentally friendly. 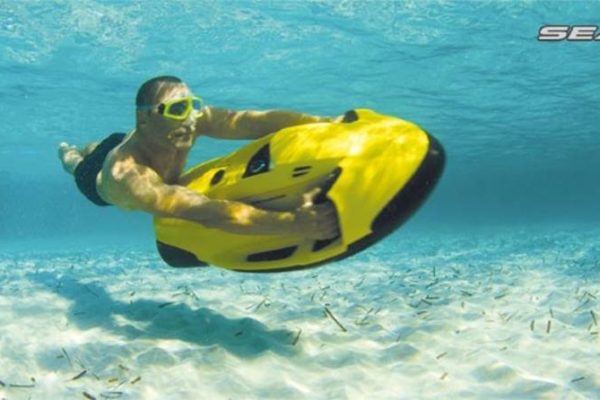 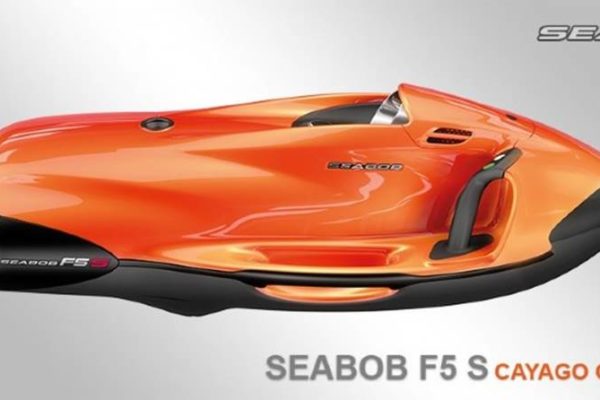 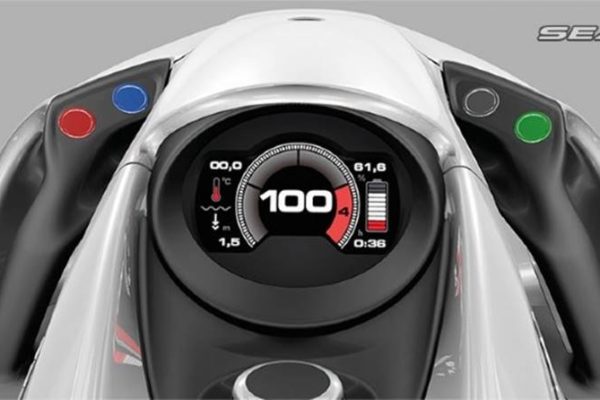 The specially developed, high-performance electric-drive mechanism with its environmentally friendly technology is an example of great innovation. The motor is a high-torque synchronised drive unit featuring a microprocessor-controlled 3-phase sinus power management system. The application of cutting-edge technology enables this motor to achieve the ideal amount of torque with outstanding efficiency. All this, and yet the overall design remains very compact.

The power for the drive mechanism is provided by highly efficient lithium-manganese accumulators. These high-performance special accumulators are a top-class quality component in the propulsion concept of the SEABOB.

The worldwide patented E-Jet Power System works according to the principle of water displacement. The water is sucked in by the powerfully rotating impeller and forced out in the jet channel under high pressure. The thrust developed in this way propels the SEABOB forward in superior fashion.

A SEABOB is the absolute embodiment of state-of-the-art technology. The pilot steers his water sports craft via two intelligent Control grips with Piezo technology.

The drive mechanism is activated by squeezing the trigger. Applying light pressure to the green sensor accelerates the device in continuous powerful thrusts until the desired speed is reached. Propulsion is reduced by pressing the red sensor, thereby slowing down the SEABOB. If required, the craft can be brought to an immediate stop simply by releasing the trigger. 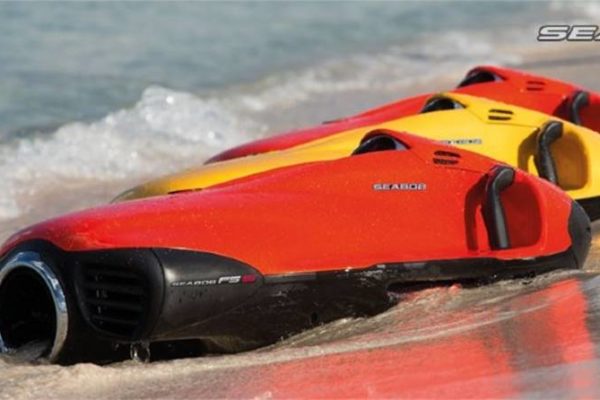 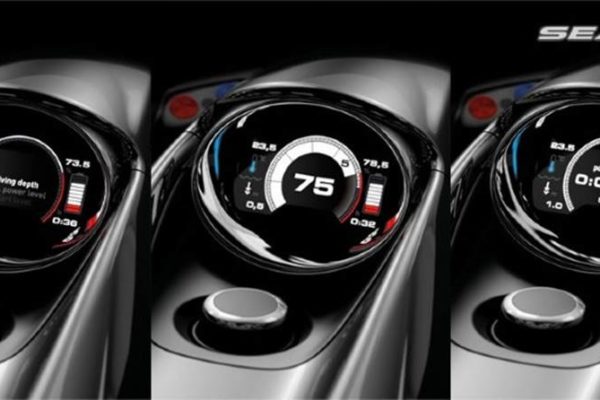 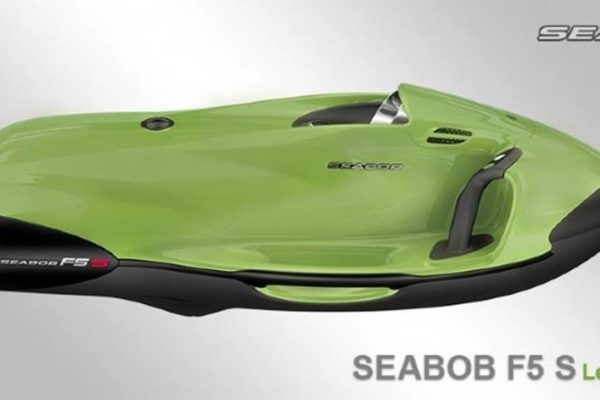 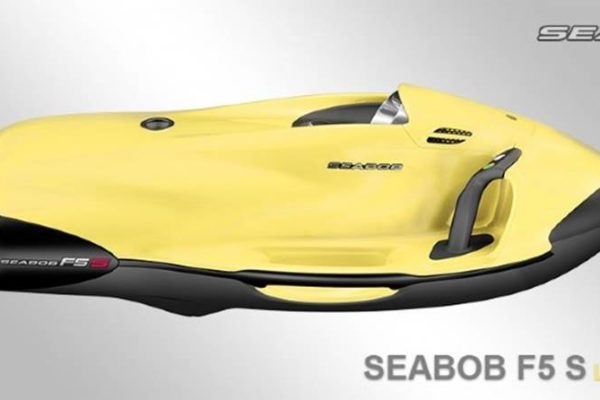 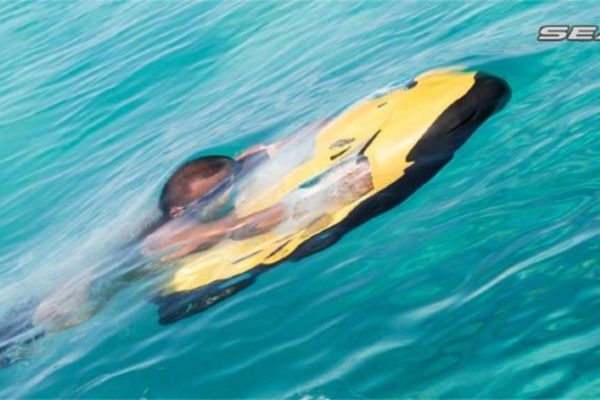 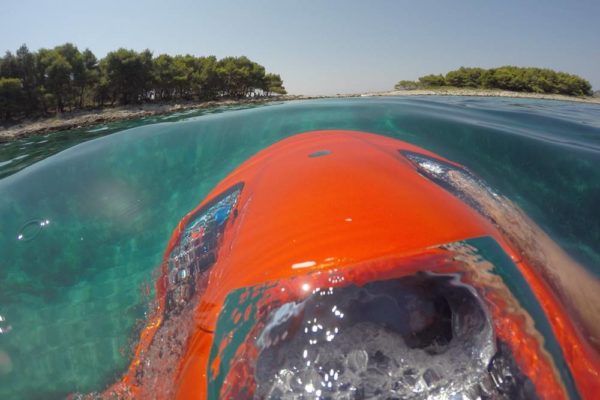 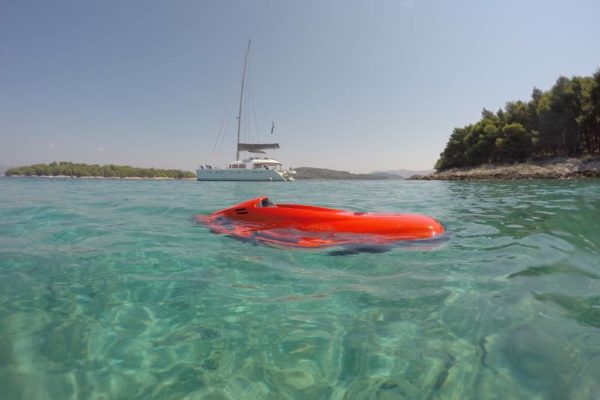 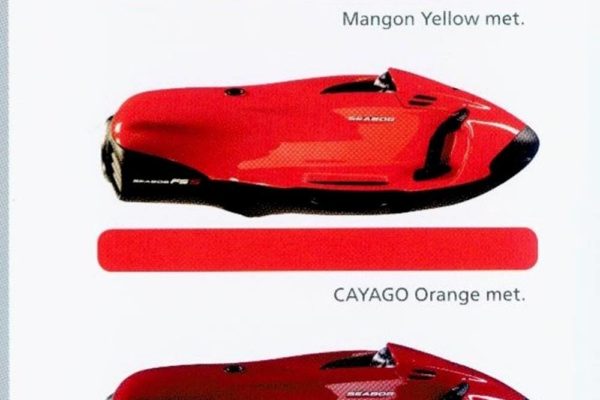 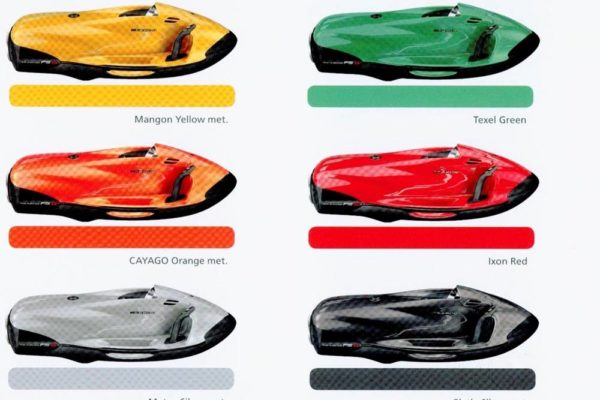 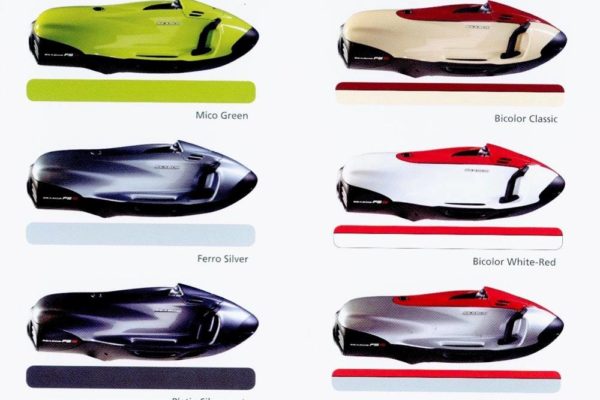 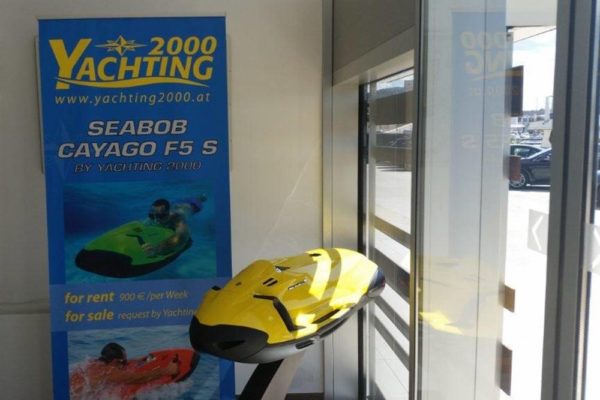 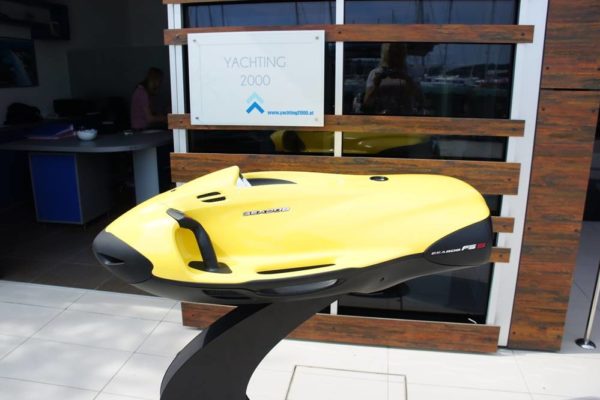 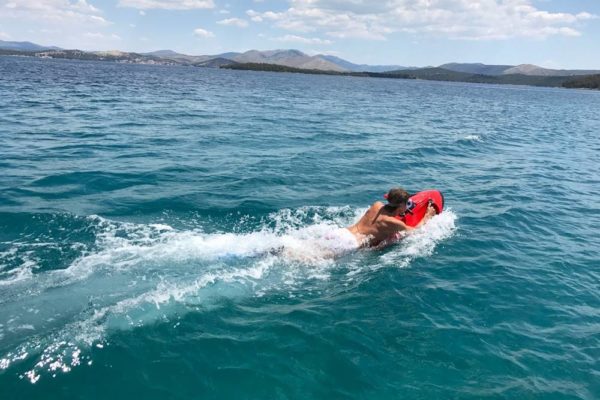